Each team is guaranteed at least three games, unless inclement weather requires the tournament to be changed or altered. Teams will be placed in competitive brackets according to their past record and level of competition. The tournament committee reserves the right to combine age groups if appropriate. Games will be played on Saturday, September 4th and Sunday, September 5th, 2021. First and second place teams in each division will be awarded.

TEAM APPLICATIONS
To apply for the tournament please go to the ONLINE APPLICATION.

A completed application; entry fee payable to DULLES NATIONAL SOCCER TOURNAMENT or DNST must be received on or before Friday August 6, 2021.  Accepted teams will be posted on our website in  early August. Any team withdrawing from the tournament after acceptance forfeits the entry fee. Refunds are not given for games canceled due to inclement weather.

TEAM ROSTERS
An official, state-approved roster for the Fall 2021 soccer season must be uploaded into your team's GotSoccer account no later than Friday, August 27th. Your roster must include any guest players’ names filled in. DO NOT mark guest player names on or alter your original copy of the team’s official, state-approved roster document!! Since the Dulles National Soccer Tournament is a pre-season tournament, state registrars work with each accredited club to make sure each registering team’s Fall 2021 roster is submitted and approved in time for the tournament.

REGISTRATION
Team registration will be handled through the GotSoccer website. At registration, teams must provide a scanned copies of their original, state-approved Fall 2021 roster, 2021-2022 player passes for all players, medical release forms for each player, and a state approved Permission to Travel form if traveling outside your state.

ELIGIBILITY
This tournament is sanctioned by the Virginia Youth Soccer Association. All teams must be affiliated with and in good standing with the USYSA and their state association. This tournament is for club teams with up to 5 guest players (all guest players must be entered on the roster you will be submitting to the tournament), league select teams, state select teams, and tournament teams. All players must have current USYSA or approved organization player passes or the appropriate national association passes. US Club Soccer Teams are also accepted.

REFEREES
Certified referees will be used in all matches.

GAME CARDS
The DNST uses the game card system to record scores. Each winning team, or both if the game is a tie, is responsible for assuring that the game card is properly filled out, signed and returned to the site coordinator at the conclusion of each game. You will pick up your game cards before you first game at the official field site tent. 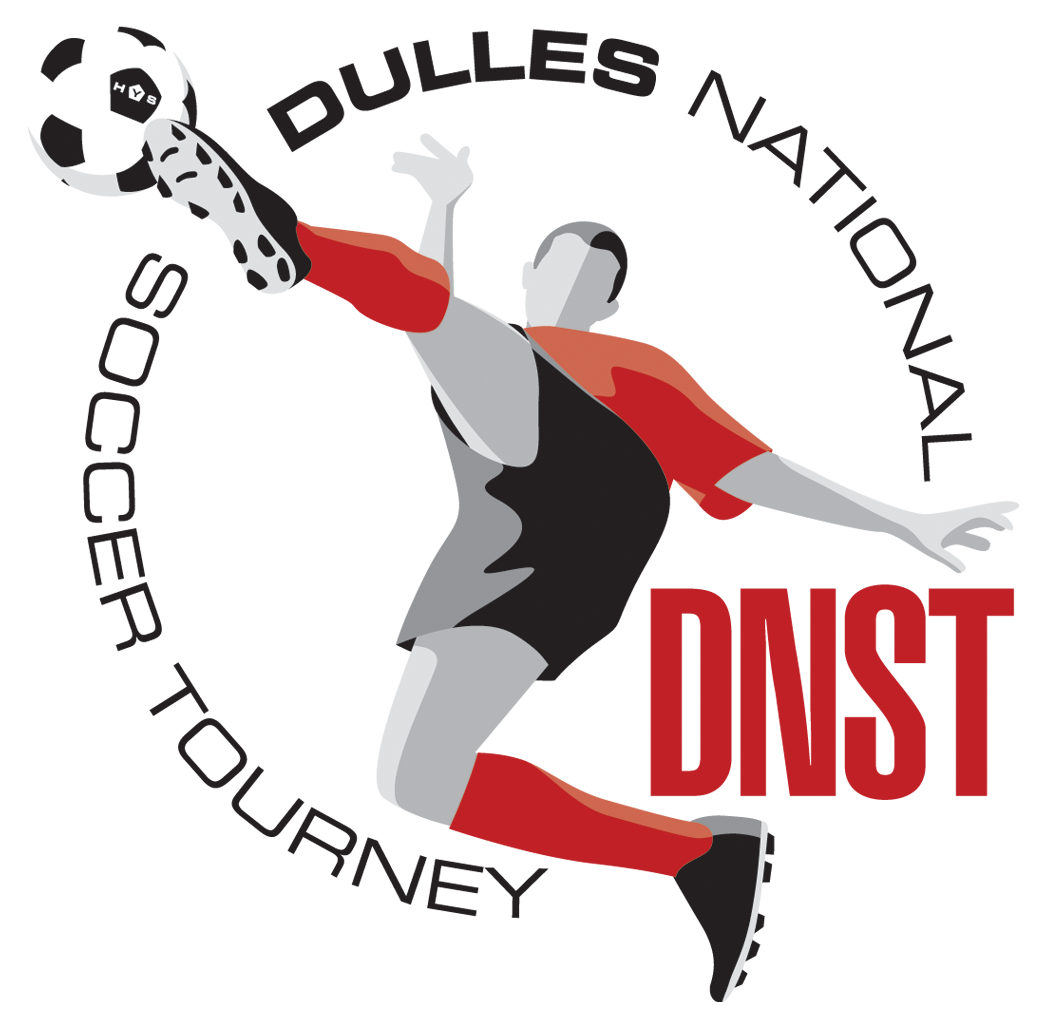