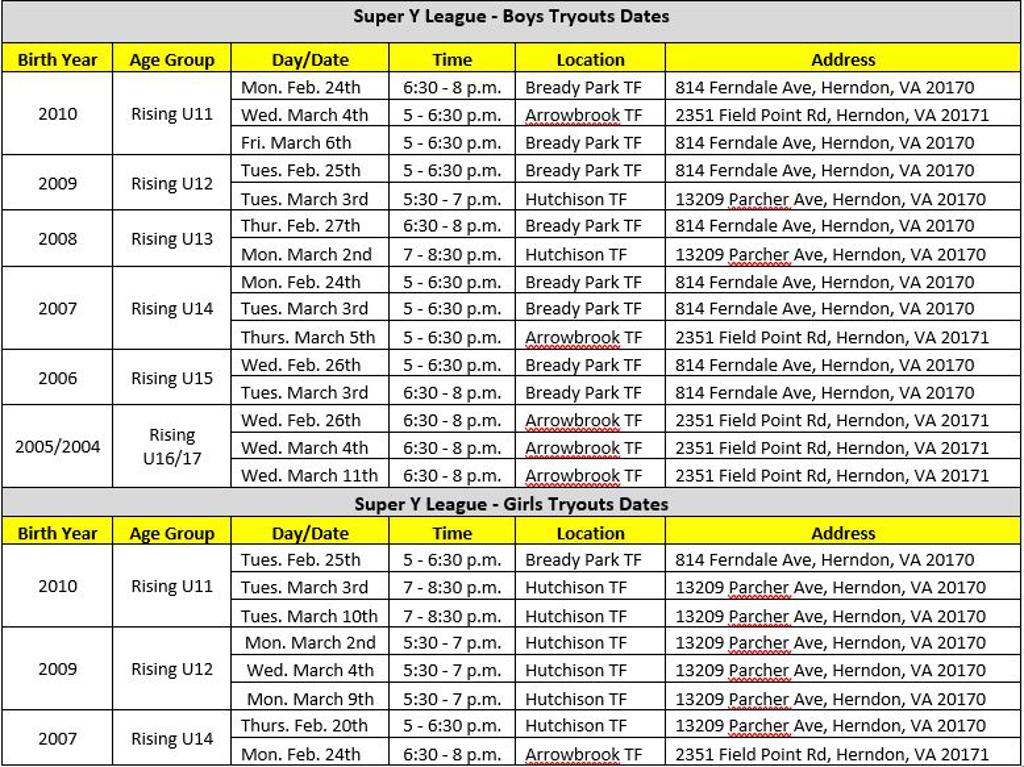 Super Y League: It is a summer league managed by United Soccer Leagues, LLC, it is a member of the United States Soccer Federation, and it is designed for talented youth players to develop their game over the summer months.

The Super Y League hosts youth academies of Major League Soccer clubs, USL PRO clubs, Premier Development League, and W-League clubs. There are 6 different divisions within the League that are organized geographically across the nation.

The Super Y League has its own identification program that has opened countless doors for players to be identified for U.S. National Team Programs.

Who competes in the Super Y-League? League membership is limited to only a few selective clubs to ensure strong competition. Various local and out of state elite clubs are part of the League which makes it one of the exclusive soccer leagues at a national level. Winners of the Super Y League regional divisions will move on to play in the North American Finals that are held the second week of December in Florida.

NoVA Majestics and HYS partnership: NoVA Majestics has been a long term member of the Super Y League. Herndon Youth Soccer has partnered with NoVA Majestics to create teams from elite players who will participate in the League this summer in order to enhance and improve their individual development offseason. We are extremely excited to bring this program to the club this year. You will find below specific information about the season and the new teams falling under the Majestics umbrella in the League. However, they will be trained locally in Herndon by the HYS technical staff.

Majestics-Herndon Teams: Herndon’s professional coaches will be forming 9 teams in total for this season with a plan to expand the teams to include other age groups in the future.

The Majestics-Herndon Super Y teams are considered separate from HYS Travel teams that play during the typical club season calendar. All travel players from other clubs are invited to attend the tryouts.

Teams will receive a home and away jerseys that are included in the player’s fee.

Note that players will need to register based on their rising age group in fall 2020.

Tryouts registration: go to https://arzanisoccer.demosphere-secure.com/_registration to register. Registration is open to all travel players from inside and outside the HYS club.

What if League games conflict with the HYS club team schedule? The program coordinator and the coaching staff will do everything in their power to minimize any conflict between the League game schedule, Super Y program practices and the regular games/practices of the HYS club teams. This is one reason why the Rosters are normally larger than usual. The player is encouraged to speak with his coach to let him/her know of any scheduling conflict.

Player’s Fee will be paid either online or by check in three installments. $175 is due once an invitation from the coach is accepted. More information about the installment schedule and who to make the check to will be provided by email to the parents once the teams are formed.